Time to reel it in 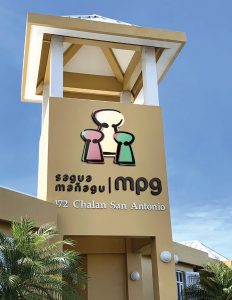 Can Guam re-vitalize its attempts to stand up a captive insurance industry? The idea was launched two decades ago, and initially drew interested companies, but saw no further action since that first initiative.

The Guam Chamber of Commerce on Oct. 27 last year convened an ad hoc working group on economic diversification initiatives for Guam. Among them was captive insurance. In December, Gov. Lourdes A. Leon Guerrero — in partnership with the chamber and the Guam Economic Development Authority — established the Governor’s Economic Diversification Working Group to develop those ideas. Captive insurance for Guam remains on the list.

Simply put, a captive insurance company is a subsidiary owned by one or more parent organizations established primarily to insure the exposures of its owner(s). The captive assumes a portion of, or all the risks insured.

Captive insurance began in earnest offshore in the 1960s in Bermuda and the Cayman Islands; in the U.S. in Colorado in the 1970s and in Vermont and Hawaii in the 1980s.

In July 1996, the governor of Guam signed Public Law 23-109, which authorized 100% abatement and rebates of corporate and gross receipts taxes respectively to qualified insurance underwriters and captive insurance companies that incorporated in Guam. The benefits were available through the Qualifying Certificate program administered by the Guam Economic Development Authority. There have been technical amendments to the original captive law. 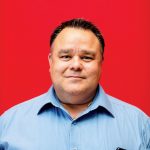 David E. Silva, general manager of AB Risk Micronesia; worked at GEDA from 1998 to 2004, as an industry development specialist. He says, “I was assigned insurance as an area of focus in 1999.  I was tasked, using the tools and resources available to GEDA, including the Qualifying Certificate program, to identify, develop and/or foster investment opportunities for insurance companies to domicile in Guam. My team at the time helped organize and support the Guam Captive Insurance Association, which assembled the infrastructure pieces needed by the captives and domestic insurance companies that GEDA was targeting at the time.”

Certain domiciles have done very well with hosting the captive insurance industry, to include those in the Asia Pacific region such as Singapore and Malaysia.

The Journal has reported on the captive insurance industry in the Federated States of Micronesia since its inception in 2009. The FSM made the conditions of establishing a captive corporation in the country relatively easy. From the beginning, there have been no restrictions on shareholders, directors or other officers, no withholding taxes, a capped tax rate, and no requirement to open a bank account in the FSM, among other advantages. According to Journal files, as of May 2019 the FSM hosted 25 captives. The FSM’s Insurance Council reported the same month the FSM collected $10.5 million in captive money for fiscal 2018, down from $14.4 million in fiscal 2017, but the report attributed that to licensing that created a timing difference that it said would reverse in subsequent years.

Silva says, “In general, Guam’s captive legislation is not so different than any other jurisdiction. Our insurance law allows for captives of various kinds to establish in Guam. Like other domiciles, certain tax incentives are given to entice the inward investment. Guam’s QC law offered a rebate of up to 100% of income taxes paid and an abatement of up to 100% of premium tax for the insurance company.”

“The primary difference between Guam and other popular domiciles, i.e., Bermuda, Caymans, Singapore and Hawaii (FSM came later), was that our tax incentives were not automatic and required an application and review by GEDA and eventual approval of the governor. If you established a captive in Bermuda, it was automatically tax free. Hawaii, Singapore and eventually FSM, were not tax-free, but offered reduced tax rates that fit well with Japanese targets; these reduced tax rates were also automatic to the business.”

The industry is attractive for its low environmental impact that still provides economic benefit.

“Captives do not typically generate large numbers of employees. They are not taxing on the environment and don’t require large buildings or structures. Insurance is basically a promise that can be made from abroad, in exchange for a premium paid. The idea was for those businesses to be based here and for premiums to be deposited and/or invested from Guam. Local banks would benefit from the deposits. Local audit, investment and legal firms would benefit from the economic activity — all of which would drive typically higher paying white-collared jobs for our people. There is a multiplier effect of this investment in Guam that trickled a $1 investment two to four times in our economy,” Silva says.

Businesses were initially interested in being part of the captive industry in Guam, but have since taken advantage of the industry elsewhere.

“Because Guam did have a strong financial services industry and infrastructure, many of the companies that were part of the original Guam Captive Association are still supporting the FSM industry. I understand the audit firms and banks based in Guam service the FSM captives,” Silva says.

Guam still has the tools and resources necessary for captives to be viable, he says.

“Because of the way our QC program works, Japan target viability is sometimes affected by their tax laws.” The Japanese tax authority have said if the tax rate is less than 26% (+/-) the domicile would be considered a tax haven, Silva says. “Guam’s QC program is 100%, which put us in this category. This just means that the Japanese company may be subject to taxation in the domicile and full taxation in Japan when the money is repatriated.”

This doesn’t make Japanese captive business out of reach for Guam, he says.

“It just means that for those companies where tax haven status is a driving factor, they will seek domiciles like Hawaii and the FSM, and  those for who tax haven status is not [a factor], will domicile in places like Bermuda, Caymans and Labuan, Malaysia. Guam is three hours away versus 20 hours to Bermuda.” Guam could make a Japanese offering viable, he says. “They already know us.”

Opportunities exist elsewhere, Silva says. “For example, I’ve worked with large Philippine corporations to explore captives and Guam. … What is needed is the collective buy-in of our island leaders, our regulator and business stakeholders, and a consistent presence in markets that are chosen. As I’ve seen in other domiciles, i.e., Hawaii, Ireland, FSM and Singapore — you have to go and get the business — regularly. I am happy to see FSM’s successes in attracting Japanese captives — they are doing just that.”

Silva says Guam is unknown in the domicile arena.  “Companies don’t want to be first, second or third in a domicile.  Perhaps if we grew the number of captives and showed there was renewed efforts, and the Guam Seal returned to captive events — we’d see some successes.”

The industry still needs equity, he says. “If this is an industry we’d like to grow — put the right people behind it, craft a product that would be attractive, find a viable niche and work like heck to grow it. “

Interest in captive insurance has remained locally in Guam. 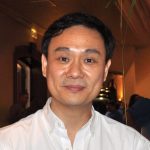 That initiative culminated in Core Tech Chairman Ho. S. Eun testifying in November 2018 before the Guam Legislature on Bill 363-34, which would have granted Core Tech a QC. At that time, legislative approval was needed for a QC. Core Tech would have been granted a 75% rebate on all income tax for 20 years.

In return, the company would have made annual contributions of $50,000 to GEDA for community programs every year.

Core Tech had separately received a 20-year QC for its affordable housing program. That expired in October.

Conchita Bathan, CEO of Core Tech said, “We were able to put [that rebate] back into the project to make the product better.” For the captive QC, GEDA declined to waive Business Privilege Tax, formerly known as Gross Receipts Tax, on Core Tech’s captive. Bathan said the GEDA offer was not equitable. “Other QC holders are enjoying the benefits of GRT abatement.”

Eun said insurance premiums he pays do not stay in Guam. “The money is going to Korea, or Japan, or the U.K. That’s how it works. We have an agent; we don’t have a carrier.”

A tax rebate, he said would allow Core Tech to re-invest that money. Without a tax rebate, the GEDA offer is not attractive, he said.

He praised the FSM’s captive structure. “They got it.”

Now that the captive industry is again a GEDA initiative, Core Tech would still consider pursuing the idea and a qualifying certificate with GEDA, if conditions were right, Eun said. “We’ll see what will happen. It’s okay; we can wait.”

As to current efforts by the working group to have Guam recognized as a captive location, Silva says, “I do still think the opportunities are viable for Guam as a domicile and considering the current hardening of global insurance pricing and capacity, captives may be attractive to various businesses and industries around the world.” 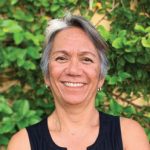 GEDA initially stimulated the group’s interest in the idea, she says, when it began promoting the industry.  “GEDA made a presentation to the [Guam Memorial] hospital’s medical staff as well about forming a captive.” Leon Guerrero says the captive solved a major issue for Sagua Managu, which opened in 1999. By the late 1990s, liability insurance premiums — especially for OB/GYNs — had rocketed to the equivalent of a third of a salary. “The timing was good for us. … We knew that if we were going to bring in providers from off-island we’d have to find a way to provide professional liability [insurance] for them.”

Initial discussions with GEDA involved a group of 100 in the medical field, which made it unwieldy, Leon Guerrero says. “It was beyond our capacity.” Her group also wanted more control of the captive, she says and began to talk to other doctors on-island. “It allowed us to work with folks that are like-minded professionals.” The Marianas Captive Group includes an internal medicine specialist, a podiatrist, two pediatricians and a family medicine physician, as well as an OB/GYN.

GEDA aided the group, Leon Guerrero says. “They were very helpful in putting us together with insurance providers who had risk management experience.” The group also had legal advisers and actuaries to turn to, she says. “All of those were very helpful and very generous with their time.”

While the captive may work through a trick-down effect on the economy, Leon Guerrero says there is a different plus that came with the formation of the Marianas Captive Group — being able to bring needed healthcare providers to Guam because of the ability to offer them medical liability coverage. “We now insure 10 individuals,” she says. “Specialty care on Guam is hard to come by.”

While the Marianas Captive has run smoothly through the years without claims, Leon Guerrero says it is dealing with a different issue.

“We’re now looking ahead — at how do we sustain this — now that the principals are looking to retire.” The principals would use the same method to maintain the group, she says. “They can pick and choose on who they invite in.”

The advantage of the captive to the principals, she says is, “It gave them an investment opportunity they might not have had.”

To anyone considering a captive, Leon Guerrero says, “I would say rally good advisers for the set up; … stay true to your intention and your capacity. Be patient — don’t jump in before you’re ready.”