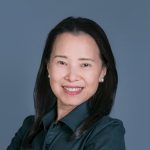 Goodwind Development Corp., which does business as Micronesia Mall and American Bakery and other properties, has announced Jeselyn Tan Yu as president and managing director. She previously was treasurer and marketing director of iConnect from 2001 to 2020.  Yu formerly was the marketing director of Waters Unlimited Inc.

She holds a 1985 bachelor’s of business administration from Ateneo de Manila University in Manila. 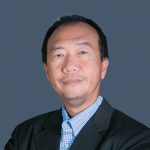 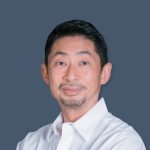 Goodwind also announced the appointment to the board of directors of Richard Chan, president of Archway Inc., which does business as The Beverage Source, I Love Guam and Infusion Coffee & Tea; and Rene Lau, previously chief financial officer at iConnect’s from 2004 thru 2020. 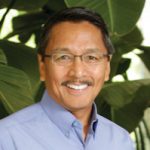 Galito is a member of the board of the Guam Chamber of Commerce.

Trina Cruz as marketing and communications director. She previously was director of 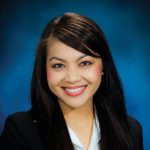 marketing and brand development for the Pacific Islands Club Guam, and formerly served as marketing and public relations manager during her 13 years at the resort. Cruz also was an adjunct instructor at Guam Community College from 2018 until April 2021. She holds a bachelor’s of business administration and a 2012 master’s of business administration, both from the University of Guam.

Arnold Sikat as aftersales director, a position he previously held in an acting capacity. 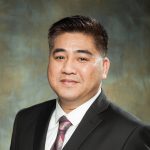 He has served in many capacities, including efficiency analysis and management of several departments. Sikat’s supervisory experience includes various departments such as GM service, Body & Paint, warranty administration, parts, and Toyota Rent A Car. In 2011 Sikat became the Toyota, Scion, and Lexus service manager and was later promoted to aftersales general manager for AK. Sikat began his career with Atkins Kroll in June 1992 as an accounting clerk in the former Atkins Kroll Hotel & Restaurant division. In addition to overseeing Aftersales across the AK brands, Sikat will also serve on the AK 401(k) Committee. 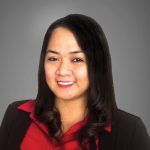 Loida Francia is promoted to Car Rental and Body and Paint manager for Atkins Kroll Saipan. Francia has worked for AK for more than 18 years, variously in the car rental, accounting and body shop departments. 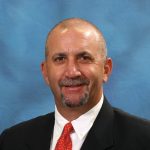 Bartley A. Jackson has been appointed vice president of Bridge Capital LLC. Jackson is also president and owner of the Hotel Santa Fe Guam and chief operating officer of B&G Pacific LLC, which does business as Three Squares restaurant and B&G catering services. 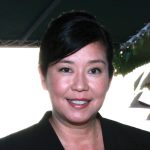 Miki Yokozeki Marks has been appointed property manager for Bridge Capital LLC, which does business in Guam as Perlas Courte Condominiums, Guam Greyhound Park and Hafa Adai Bingo. She previously was hotel manager for the Hotel Santa Fe Guam. 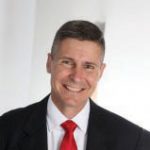 Col. Christopher L. Bopp has assumed command of Marine Corps Base Camp Blaz in Guam. He previously served as a Secretary of Defense Executive Fellow at Norfolk Southern Corp. in Atlanta, Ga. and formerly was commanding officer of the 2nd Battalion of the 6th Marine Regiment, an infantry battalion headquartered at Camp Lejeune in North Carolina.

Bopp is a graduate of the United States Naval Academy and was commissioned in 1996. He also holds a 2010 master’s in management from Webster University. Peter L. Valdez has joined BankPacific as senior vice president for credit administration. He was previously head of commercial for ANZ, and formerly chief credit risk officer for Community First Federal Credit Union. Valdez has more than 27 years in banking experience. He holds a 2009 master’s of business administration from the University of Guam and a 2011 master’s in banking from the Pacific Coast Banking School in Bellevue, Wash. Isabel Hu has been appointed director of marketing and brand development at Pacific Islands Club Guam. She previously was director of front office operations at the resort from July 2016. Hu’s previous managerial appointments include front office manager at the St. Giles Hotel in New York and housekeeping manager at the Roosevelt Hotel in New York.

She holds a 2011 bachelor’s of science in hotel administration from Cornell University in Ithaca, New York and began her career in hospitality as an intern at the Hyatt Regency Guam. Among her other skills, Hu is a Mandarin speaker. StayWell Insurance has appointed Eloisa Dimarucut Hudson as sales and marketing manager for Guam and the Northern Mariana Islands. She previously was the marketing promotions manager at DFS Guam and formerly operated etcetera boutique, sunglasses etc. and ba6 apparel. Before arriving in Guam in 2010, her prior career in Southern California included a position as senior marketing manager for McAfee. Hudson studied fine arts at the University of California at Irvine and holds a 1992 certification in graphic design from the Platt College School of Design and a 2017 marketing strategy certification from eCornell University.

Hudson has been an advocate and collaborator for Guam Cancer Care, a committee member for Boy Scouts of America and an advisory board member and mentor for the Oasis Empowerment Group. Karl (Yong-sik) Lee is appointed executive chef at the Westin Resort Guam. He previously was chef at the Kensington Hotel Saipan and prior to that was executive sous chef at the JW Marriott Dongdaemun in Seoul from 2014 to 2016. Lee is a 2000 graduate of the Kyuhee Hotel Culinary College, with more than 20 years of experience. He is presiding over the reopening of Taste restaurant at the Westin. Dr. James Anglim, an optometrist from New Jersey has joined FHP Vision Center. He holds a doctorate in optometry from the State University of New York, and a bachelor’s of arts in history from Rutgers University in New Brunswick, New Jersey. Anglim operated an independent optometric practice, for more than 20 years, which provided primary care optometry and contact lenses services, with an emphasis on medical eye care.  He is is affiliated with the American Optometric Association and he is also a veteran in the Army National Guard. 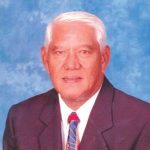 Other senior members of the APAFS board include Patrick U. Tellei, president of Palau Community College, vice chairman; Anna Mendiola, president and CEO of the FSM Development Bank, board secretary and Raaj Kurapati, chief financial officer at the University of Memphis, treasurer. Daniel A. Roland, managing director, senior vice president, investments and senior institutional consultant at Raymond James in Guam, has been appointed to the Raymond James Sustainable Investing Advisory Council. Established in 2018, the council’s mission is to continue to enhance the firm’s sustainable investing capabilities and resources made available to the firm’s approximately 8,200 advisors and their clients. Peter Roy Martinez has become a member of the Guam Consolidated Commission on Utilities. He is also chairman of the board of Coast360 Federal Credit Union.

The organizing committee for the Pacific Mini Games 2022 has appointed Vicente “Ben” Babauta Jr. as chief executive officer to oversee the management of the games, scheduled for June 2022 in the Northern Mariana Islands. Babauta formerly served as assistant general manager of operations for DFS Saipan and brings 33 years of experience in business operations to the CEO position. 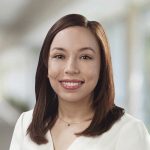 Sophie D. Brindejonc of Asia Pacific Financial Management Group has received her certified financial planner certification. Brindejonc has been a financial advisor with Asia Pacific since 2013 and specializes in wealth management for high-net-worth individuals and retirement solutions for business owners. McDonald’s of Guam and McDonald’s of Saipan announced that Jarred A. Castro has been awarded the McDonald’s Operations Technology Person Pro of the Year Award for the Walnut Creek Field Office in California areas, which include the Mariana Islands, Hawaii, Alaska and five other states. The announcement was made at the finale of the OTP Pro Virtual CyberConnect Conference on Jan. 27. Jarred is one of only two OTP Pro’s chosen for the award.