Congratulations to these top-tier members of the business community for their long-standing contributions to our islands.

In the current economic climate, companies on Guam and in the Northern Mariana Islands are proud to show their success and longevity in serving the people of our islands. Guam Business Magazine presents some outstanding companies that are doing business in Micronesia celebrating important milestones in 2020. Through inspiration and dedication, each of them has managed to stay on course in a region that has seen more than its fair share of challenges for decades.

These leaders in their fields have ensured quality and reliability to consumers and businesses alike and have given back to the communities in which they do business, setting an example for others to follow. Guam Business is privileged to honor these companies’ milestones and brings readers a special Corporate Anniversaries feature with a closer look at their endeavors.

Celebrating 70 years of serving the island

Mobil’s humble beginnings in Guam began in 1950 under the Standard-Vacuum Oil Co.

“Through the years, we have grown from being a basic aviation refueling point into the leading energy company in Guam and the Mariana Islands, serving hundreds of retail, industrial, aviation, marine and government customers each day,” says Jimmy T.C. Hau, president of Mobil Oil Guam Inc.

As Guam grew, so did Mobil through a desire and willingness to meet the needs of the island community. Those needs include essential fuel, morning beverages and lunches and refreshments every day of the week, as residents make their way to work, school or are on the road for errands sports, available at any one of Mobil’s 20 stations located throughout the island.

Likewise, Mobil and its employees have stood with the island during the worst of times. “Through the decades, we have had our ups and downs, from having to repair or rebuild our facilities after typhoons and storms to celebrating significant milestones,” Hau says.

“Amid the changes and uncertainty that life may bring, we remain committed to being a safe, reliable and affordable energy supplier to the people of Guam and the Mariana Islands in an environmentally responsible way,”
he says.

In fact Mobil reimaged all their 20 service stations in 2019 and the station’s red and blue design adds color to the landscape. Mobil has also paid detailed attention to its convenience stores so that they are not only airy and spacious, but also offer a wide range of necessary household goods as well as tempting food and snacks, which may be redeemed using points from the popular Smiles loyalty program.

Hau says the stations are a testament to their place in the island. “We are able to have gone so far only because we have the strong support of our employees, our customers and the community.”

As a corporate philosophy, he says, “Making a positive impact in the community where we operate has been a key priority for Mobil. That is why we have had a long-standing commitment towards supporting community causes.” 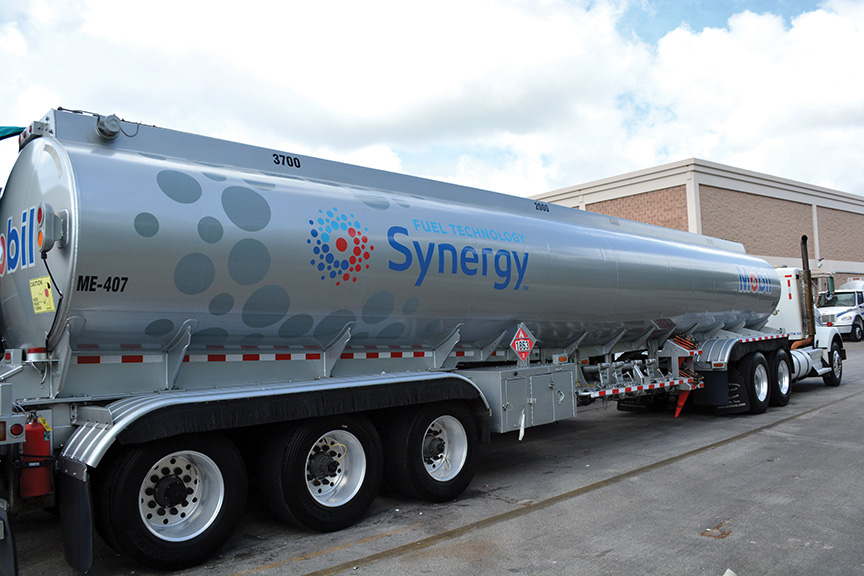 Mobil has touched the island in many ways — supporting causes that range from health and education to civic and community endeavors, such as the Guam Chapter of the American Red Cross, the American Cancer Society, Rainbows for All Children Guam and the University of Guam.

Such generosity has included a $100,000 contribution to the University of Guam, which Hau says “will enable and enhance education for many students, for the benefit of Guam and her future generations.”

Mobil made a $20,000 contribution to the American Red Cross in 2015 to support continuing recovery efforts following Typhoon Soudelor in Saipan. This was followed by a similar donation of fuel in kind made in 2018 to aid recovery efforts after Super Typhoon Yutu.

Hau says, “We look forward to serving the people and businesses of Guam and the Mariana Islands now and in the years to come.”

Forging forward with capital improvements and innovations into the next 70

Foremost Foods has become a staple in homes around the region since its beginnings in 1950, when Gov. Carlton B. Skinner requested that Guam’s local residents be allowed to purchase dairy products from the military-owned plant.

Stores in Guam immediately began selling the products and schools received half pints of milk for lunch programs. Foremost Foods Inc. was formed later and began manufacturing dairy and juice products as a brand.

As the postwar needs of the island evolved and grew, so did Foremost.

From its initial 19 employees, Foremost now employs more than 75 professionals among its teams.

Foremost’s need for space also continued to grow through the decades.

In February 2013, the company made a visible commitment to the island’s future and strength with the opening of its own property.

Marcos Fong, CEO of Foremost, says, “Today the company is headquartered at our state-of-the-art distribution facility in Barrigada.”

Inaugurated in 2013, the state-of-the-art Foremost corporate headquarters and distribution facility in Barrigada Heights will see yet more bells and whistles, as the company commits to investing more into its infrastructure and fleet buildup.

Tangible investment is poised to continue, he says.

“We plan to invest into our facilities, fleet, and warehouse infrastructure over the next few years to streamline operations and efficiency.”

The Foremost story has continued also.

Its products now reach into the Northern Mariana Islands and the rest of Micronesia. Fong says, “Since the company officially started under the Foremost brand, it has grown and expanded to become the top market leader in beverage distribution and the exclusive distributor of Coca-Cola products in the Western Pacific.”

The company has through the years chosen to give back to the community in countless ways. Foremost has consistently been a dedicated community partner — and was recognized and honored by the Guam Chamber of Commerce in 2010 as its Business Laureate.

Foremost Foods supports the American Red Cross chapters both in Guam and the Northern Mariana Islands. Fong (who is the longtime chairman of the Guam Red Cross chapter), says, “We also support the community with tens of thousands of dollars in charitable donations each year, ranging from education, health, to cultural activities.”

Foremost will continue to focus on serving staple products with an eye to innovation such as the newly launched 1% low-fat UHT milk with the new easy-open twist cap, the reformulated and improved line of Indulgence Ice Cream, and Quench purified bottled water  in the workday-friendly 1.2 gallon and on-the-go 20oz sizes.

As Foremost celebrates its 70th anniversary, the Foremost trucks are a familiar sight on the roads of Guam — taking its trusted products throughout the island to ensure that any time a resident reaches out for their milk, water, or beverage of choice they are not disappointed.

For example, the island has a practically insatiable desire for Foremost’s Quench purified water, available in 1.2- gallon family and workday-friendly size. as well as a single serve 20oz bottle for residents on the go.

Customers can expect the brand’s innovation to continue as well. Foremost has just launched the flavorful Banana Susana ice cream, which is fast becoming a favorite.

In line with current healthy preferences, Foremost is now launching a 1% low fat milk. The bonus for consumers is the easy-open twist cap that even small hands can pour.

“Our focus is to constantly introduce new items to meet the island’s unique and evolving tastes,” Fong says. 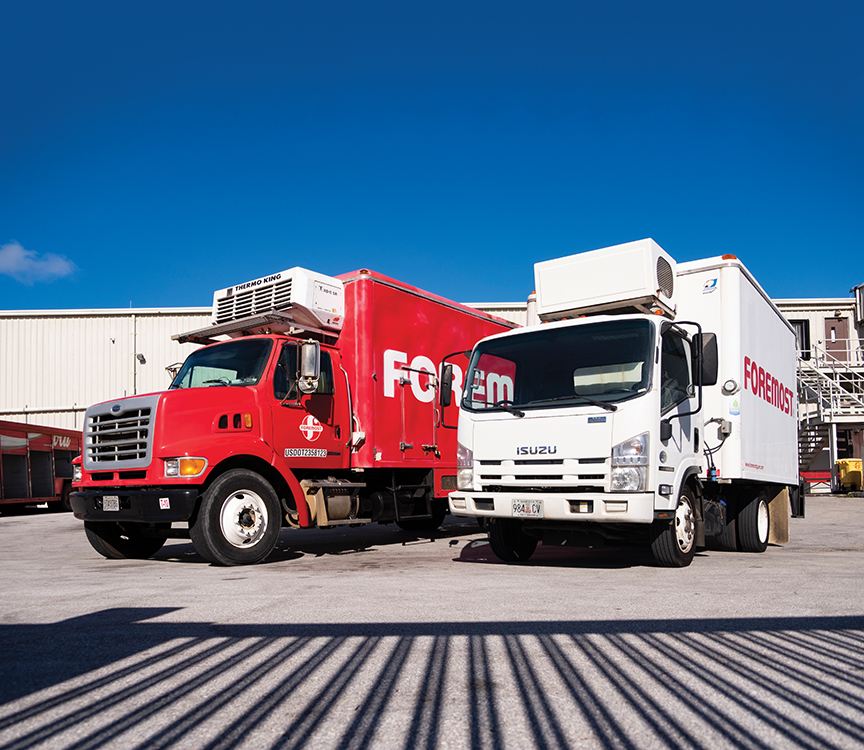 Foremost is gearing up to fast-track its fleet investments with additional vehicles to meet the increasing distribution demands.

South Pacific Petroleum Corp. was created after the Exxon-Mobil merger, when the Exxon sites in Guam had to be sold off as a condition of the merger.

The name of the company may not resonate with all consumers, but mention 76 and Circle K, and the brand of the gas station and its convenience store brand are instantly familiar.

Much of 76/Circle K’s success to is due to the unique nature of the products it stocks, and the fact that it partners a lot with vendors. As SPPC runs its own stores it can offer a vendor partners complete coverage throughout Guam.

Since its inception, SPPC introduced a number of appealing changes. Apart from a refreshed logo, SPPC unveiled the Power Pass points program. Unique among award programs, customers can accumulate points to use the money equivalent at any of the chain’s stores, or at any one of a number of popular island businesses in the areas of groceries, food or department store purchases.

Most recently, SPPC has upgraded its alcoholic beverage offerings, the Circle range of food — introducing not only  fruit and to-go meals — but substantial offerings like whole cooked chicken and a selection of sides to make lunch and evening meals easier.

And for consumers who prefer to linger with coffee or lunch, SPPC has designed appealing and comfortable outdoor seating areas.

That sort of attention to detail has contributed to its business growth, and its current number of about 230 team members.

Michael Hernandez, vice president of marketing and store operations, says, “A company’s growth can be measured in a number of ways. We use a number of metrics to measure growth. A key measurement for us is the human element. We have grown (in our modest opinion) into a great place to work for our team. We believe in empowering every individual. We seek out their ideas and we encourage them to think outside the box.”

As to the food and beverage offerings and the seating areas, Hernandez says, “We are excited to be an innovator in our industry and the retail landscape on Guam and we strive every day to provide an awesome experience for customers.”

As to plans for the future, Hernandez says SPPC will continue to focus on the fundamentals of the team’s success. “We never take our focus off our customers and providing a great experience. We will continue to seek new products and services that meet our customers needs and to always make it easy to do business with us.” 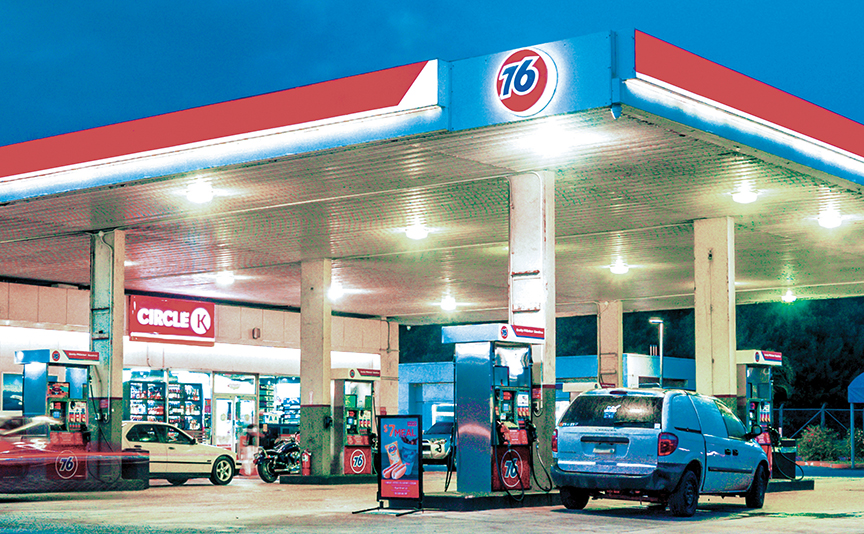