And then came COVID — how we should move forward 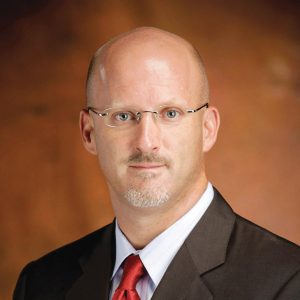 When preparing to write this annual article, Joe Arnett, Maureen Maratita and myself usually spend a few weeks in September and October talking to leaders of the companies participating in the Top Companies List. Well, just likely everything else in 2020, nothing went as planned.

With the pandemic numbers spiking during the fall, face to face discussions were out of the question.  Further, I went to the states to visit my parents in August thinking I would be able to come home easily once the numbers calmed down, but of course they did not and I did not return to Guam until October.  So instead of spending several weeks discussing the current year and economic outlook for the coming year with some of the brightest minds in the region, we ended up having seven zoom calls over two days.

After the first day, Maureen dropped me a note to remind me that my article was due in 72 hours. I (somewhat) jokingly send her the following message. “Will this suffice? 2020 started out well with the buildup building steam and tourism hitting record highs and the island ready to welcome a new 5-star hotel. The biggest problem in Q1 was making sure we had enough skilled construction and healthcare workers. Then COVID hit, the year went to sh*t. I am going for a drink. See you in 2021.”

Yet, the more I reread the above paragraph, the more I think it accurately reflects the year 2020 — a year like no other in my lifetime. The year kicked off optimistically enough with many businesses heading for record earnings and growth. As the world watched Wuhan, China face an unknown virus, the fear of SARS spread through the island’s tourism industry. Yet all the way up through the middle of March there was talk locally of marketing Guam as a safe zone from COVID, since we had no cases at the time. Then on March 15, the island experienced our first two cases, an elderly couple who had recently returned from the Philippines. And within the week, the tourism arrivals came screeching to a halt. And then there was COVID.

While military spending and federal monies being pumped into the island have offered some support to the economy, our number one industry — tourism — is on life support. As we enter the last quarter of the year, business sentiment has turned to recalibrating success as keeping the doors open.

In a normal year, a big part of this article is attempting to make a prediction of where the economy is heading in our region in the next 12 months. However, accurate predictions are directly correlated to clarity of inputs. As I look around and talk to business leaders in the community, I realize there is not much clarity on the horizon, just educated guesses.

If someone would have asked me to predict how long COVID was going to affect the island’s economy in April of this year, I would have said by the end of summer we should be well on our way to recovery. And it actually looked like we were headed that way in June with an initial target reopening of tourism on July 1, with a secondary target of early August.  However, each time we were set to reopen, the numbers spiked and in August we headed back into an islandwide lockdown.  While, we have begun to open some parts of the economy to include retail, gyms and many service industries, at the time of writing this article, dine-in restaurants are still closed and tourists returning to the beaches of Tumon seem unattainable in the near term.

COVID has been a crisis like no other, shutting shops, restaurants and schools, closing borders and putting the majority of the developed world under some form of lockdown for weeks at a time and it’s not over.  Guam — like the rest of the world — has been grappling with this unprecedented challenge and like with the rest of the world, one thing is clear — the longer the pandemic goes on, the structural damage to the economy becomes exponentially worse as companies’ capital strength and business confidence diminishes.

The longer our tourism sector remains closed, the higher the certainty more and more businesses will never open for business again. I would love to write that this will be a V shaped recovery, but I don’t see it. Our COVID numbers have been some of the worst in the country for the past couple of months with no let up, making it difficult to predict how this situation will evolve in the coming months.

Until we have a vaccine that is ready for mass release, I see more question marks than answers. Obviously, the sooner a vaccine is available and widely distributed, the better the chances of growth, but I have not spoken to anybody who really foresees a mass distribution of a vaccine until the second half of 2021. A vaccine may get developed before this date, but in terms of its availability to the average citizen it’s going to take a while.

With this, I think it is imperative that as a community, we look for ways to balance the health of the community, with the health of the economy and pivot from trying to eradicate the virus to moving on to find a way to live with it. If we can balance economic activity in a safe environment, this would not only allow us to save businesses and jobs for our island until a vaccine is developed, but also prepare us for what I expect to see as the new normal, where more and more consumer norms are focused on safety of the consumer.

Early on, there was a push to test visitors before they arrived on island. However, it was pushed back by many within the tourism industry (including me). The logic of the argument against testing arrivals at the time was that testing on arrival would cause too long of a delay at the airport and visitors would not be willing to come to Guam not knowing if they were going to be put in quarantine for 14 days. The other idea being looked at was to require visitors to test before they left their country of origin. This was also shot down as testing availability was limited at that point in time.  But as tests have become more readily available, this concept has legs anew. The other idea to restart tourism — which is a bit more of a long shot as it would require country to country discussions — is to create a travel bubble with Taiwan, Korea or Japan.

The longer this current situation with no vaccine drags on and testing availability and testing timing capabilities increase, I think it will make most sense to explore following the Hawaii model of requiring testing 72 hours prior to travel. If a traveler tests negative, let them come to Guam for a short period of time (five days is the model most discussed), without requiring quarantine. While this structure would not get us back to pre-COVID numbers anytime soon, it would provide some relief to those businesses and workers most heavily hit by the pandemic, enabling more businesses to fight another day until we go back to normal times.

To get to this point of a soft reopening, we first need to get our numbers under control.  Fortunately, or unfortunately, depending how you look at it, getting the numbers under control is up to us as a community. While the initial spike in positive cases in June and July was attributed to travelers coming from the U.S. mainland, the current spike we have been experiencing since we entered strict lockdown in August has been clearly spread by local transmission. Further, many of the cases can be contact traced to social gatherings such as funerals, weddings and birthday parties.

I truly get it; these are important events in one’s family and I could not fathom being unable to attend a close family member’s funeral. But we need to be prudent as a community.  We can safely live with this — until a vaccine is in place — if we focus on social distancing, wearing a mask and washing hands.

I hear the argument about civil liberties in requiring masks to enter a business and while I view myself as a constitutionalist, I would counter with the following. Think of a mask as a shirt or shoes. A business, and/or the law, can require one to wear a shirt and shoes to receive services, so I see no reason why they can’t require us to wear masks during a health pandemic if it is in the best interest of the community. And if wearing a mask will help allow us to reopen our economy safely, wear the darn mask!

The good news is that indications are when our numbers improve and tourists can come back to the island (and islands), there is pent up demand for people in the region to travel. If we can create a safe environment, we should initially see strong growth and technically a bounce, as we will for all intents and purposes be coming up from zero travel. However, within a quarter or so after the restart I tend to think travel will fade a bit as economic realities hit. Many potential travelers will choose to stay home and work to save money or pay off debts brought on during the pandemic over travelling abroad.

Before I wrap up, I fear there is one more shoe to drop.

While the taxes collected on military construction spending and federal aid dollars have kept the local government funded in the short term, I anticipate 2021 becoming a very painful year for the local government’s tax receipts. as a large percentage of companies and individual taxpayers will be paying far less to no taxes at all for at least 2020. While those businesses hardest hit will have tax-loss carry forwards that may allow them to pay little to no taxes for years to come.

To be clear, Guam — like the rest of the region and the world — is in for a long economic recovery from this pandemic. We should anticipate a bounce early in the recovery, followed by muted growth for several quarters. I would anticipate getting back to our 2019 numbers sometime in the first half of 2022 (assuming a safe and readily available vaccine).  Until then, Guam is in for some turbulent times.  However, if we stick together, I am confident this too will pass.