Framed Etc.
101 O’Brien Dr.
Hagåtña, GU 96910
By Thomas Johnson
Since first opening its doors along the Hagåtña section of Marine Corps Drive in November 2002, Framed Etc. has been one of the few venues on island where local artists and craftsmen have been able to showcase their work to potential buyers. Owned and operated by local artist and entrepreneur Amy Selk, the shop began by selling the artwork of Selk’s sister, Judy Selk Flores, and has gone on to represent a broad spectrum of other local artists. The store is now located against the West O’Brien Drive cliffside in Hagåtña.

How did the store get started?
The reason for the store was originally my sister, Judy Flores. When I came back to Guam in 1988, I started selling Judy’s stuff at the fairs as a side venture, but around 2002, I took a chance and opened up this art gallery and gift shop. I really just wanted to create a place where other artists could bring their stuff in and be recognized for their work. It’s been a struggle since the economy went down, but we’re keeping our heads above water. I’m still keeping at it because I told myself that no matter how hard it gets, I could never go back to having a boss.

Does the shop primarily sell art?
Art, gift items, different things, but my main criterion is that the products are made on Guam. We have local books, cards, paintings, pottery and handicrafts. I wanted for the artists that sell their art at craft shows to have a place to store their work, so it’s not just sitting in a closet somewhere.

I also do matting and framing, and I did my training in Oklahoma as a framer. So when I moved back to Guam, that fit Judy just right. I do all of the mat cutting and the framing for all of the pieces that come in. While I can make the frames myself, I usually prefer to get frames wholesale and mat the pieces to fit the frames.

What’s been the most difficult aspect about the business?
I would say it’s been the economy. When we first started out, business was booming and I would sell a lot of the originals. That’s where the real money is. But since the economy tanked, it’s been a lot more of a struggle to move pieces.

What’s kept you in the business for so long?
It gives me a space to work on my own crafts as well. In addition to matting and framing, I make these small folded paper cards. I also do a few things with sand and shells and sea glass, so it gives me a work space and a nice atmosphere to pursue my own crafts in between showcasing the art. I’ve been asked quite a few times to do card-making workshops and teach people the paper-folding technique I use in making my cards, but I just haven’t gotten up the nerve to teach classes yet.

Which artists do you represent?
I represent several local artists’ work here. Judy Flores, obviously, and Gail Flores. Michelle Moyer is one of my new [artists]; her work has been selling very well. Sometimes I get in Marie Fitzpatrick, if I’m lucky. Vicky Sayers. I also used to have some artwork by Dawn Reyes, but now I mostly carry her books. I used to have a couple of potters, but both of them have left island, and, unfortunately, I haven’t been able to find another local potter anywhere yet. I try to put up new pieces whenever artists come in or get a hold of me with requests to put their pieces on display, but I haven’t been actively pursuing them.

Do you also display photographic work?
I’ve put up a couple, but it’s a little tricky because photographs don’t sell quite as well as artwork. With photos, people have a tendency to look at them and say, “Well, I could do that.” But they never do.

Do you host events?
I don’t host them here because the space isn’t really big enough for that sort of thing, but I do go to two of the larger local arts and crafts fairs: one at Top o’ the Mar and one at Jeff’s Pirates Cove. Sometimes other galleries and businesses do ask us to loan out paintings. We prefer to rent them out, but most of the businesses want them for free. Still, it’s a good opportunity to put some of the paintings from newer artists into circulation at the other shows and galleries. 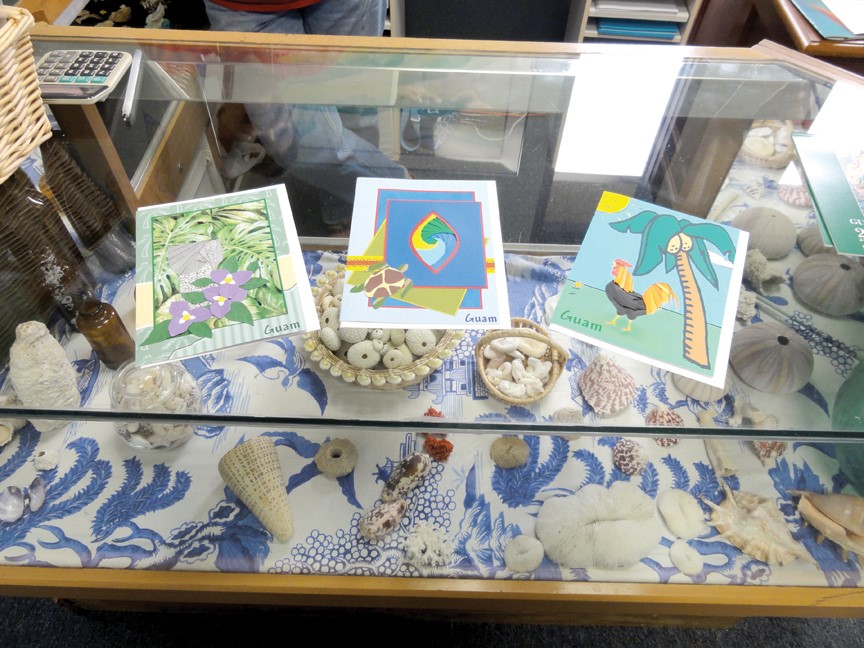 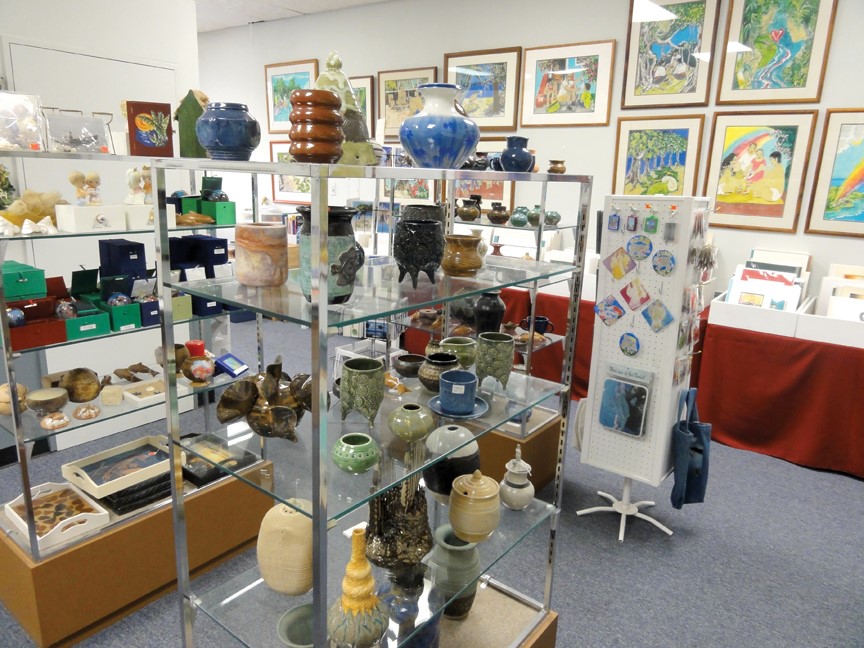 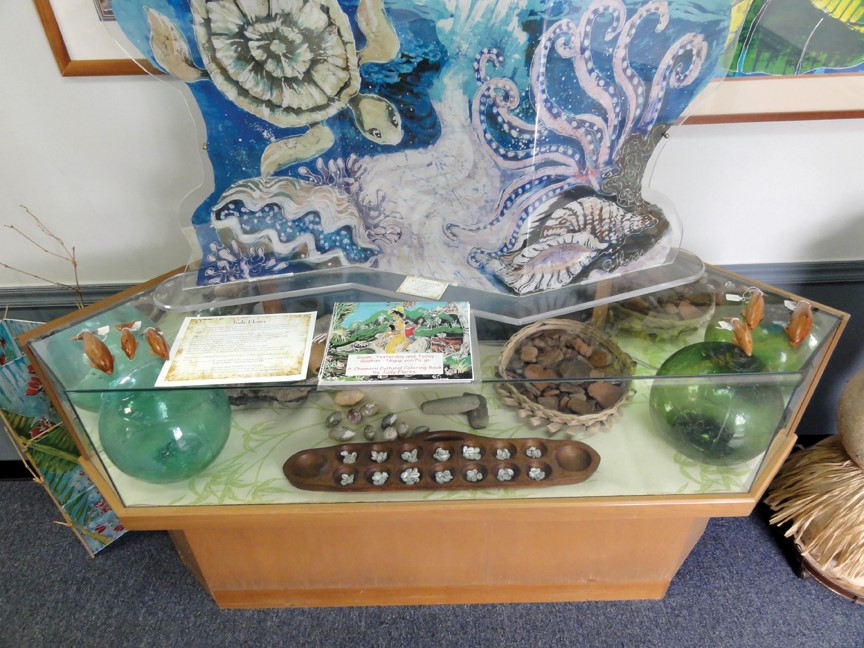